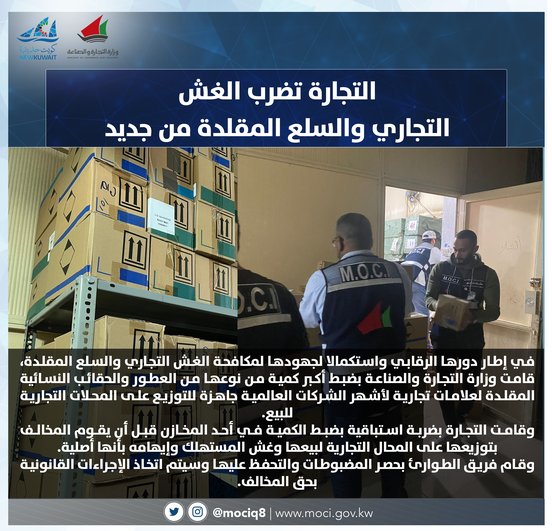 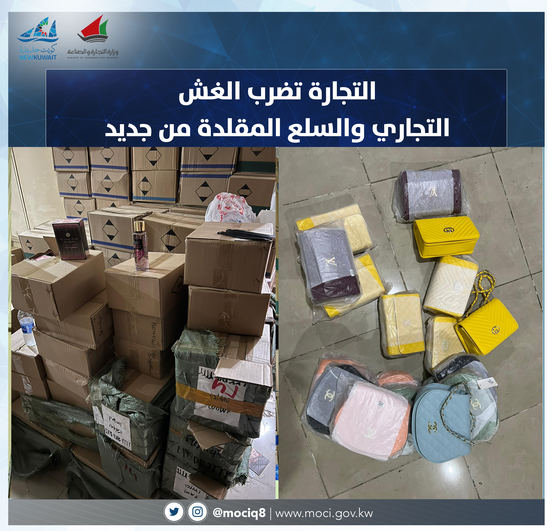 Within the framework of its supervisory role and to complement its efforts to combat commercial fraud and counterfeit goods, the Ministry of Commerce and Industry has seized the largest quantity of its kind of counterfeit perfumes and women's bags of the brands of the most famous international companies, ready for distribution to shops for sale.
The trade took a preemptive strike by controlling the quantity in one of the stores before the violator distributed it to the shops to sell it, deceiving the consumer and making him believe that it was original.
The emergency team has confiscated the seized items, and legal measures will be taken against the violator.