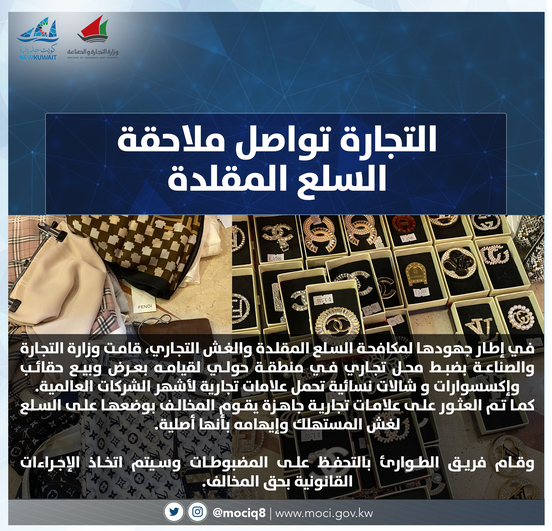 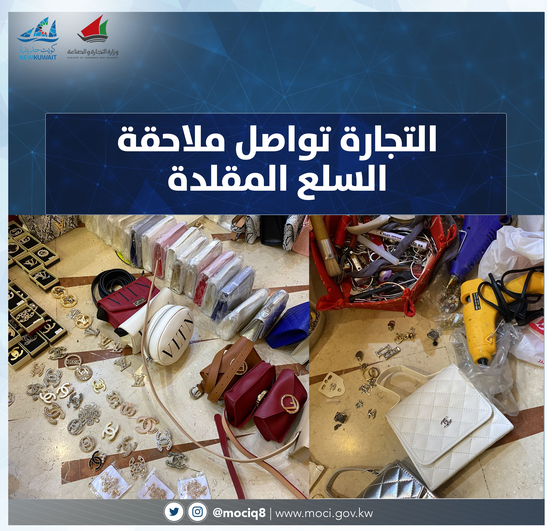 As part of its efforts to combat counterfeit goods and commercial fraud, the Ministry of Commerce and Industry seized a commercial store in the Hawalli region for displaying and selling women's bags, accessories and shawls bearing the trademarks of the most famous international companies.
Also, ready-made trademarks were found that the violator puts on the goods to deceive the consumer and make him believe that they are original.
The emergency team has seized the seizures, and legal action will be taken against the violator.